Italy has lost some of its top police officers following a supreme court judgment that removed a group of senior investigators including those heading anti-Mafia operations, Interior Minister Anna Maria Cancellieri said.

The supreme court on Thursday upheld a previous appeal verdict against 13 senior officers convicted over a brutal attack by riot police on protesters sleeping at a school in the northwestern city of Genoa during a G8 summit in 2001.

"It's a very high price that we're paying because we're losing some of our best men," she told the Corriere della Sera newspaper. "But now we have to begin again and look ahead."

The officers were convicted for complicity in the planting of evidence including a petrol bomb and clubs to try to justify the unprovoked attack, which was widely condemned and has recently been highlighted in an Italian movie. 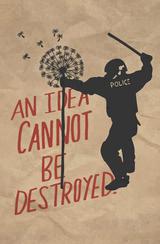 More than 60 anti-globalization campaigners were seriously injured in the attack, which occurred after rioting and pitched battles with police in Genoa. One Italian protester was killed during some of the worst rioting seen at international summits.

The officers will not be jailed because they benefited from a general pardon for certain offences in 2006. But they are banned from public office for five years after their definitive conviction.

Twelve riot police were previously convicted for beating protesters in the school but never jailed because of the statute of limitations.

The convictions will force a major reorganization at the top of Italy's police force. Those removed from office include several investigators close to police chief Antonio Manganelli.

They include Franceso Gratteri, head of anti-crime operations, who has been involved in many major investigations against the mafia.

Another senior officer removed is Gilberto Caldarozzi, head of the police central operations unit, who was involved in the capture of mafia "boss of bosses" Bernardo Provenzano in 2006.

Giovanni Luperi, another of those convicted, was until the judgment head of Aisi or the police special branch which leads anti-terrorism operations.

Cancellieri said it would be difficult to replace the officers but that the judgment of the court had to be respected.

She added that the G8 was a painful episode for Italy's police. "It is right that those responsible must pay the price for grave errors. But that cannot be turned into a condemnation of all those thousands of men and women who wear the uniform and do their duty every day."